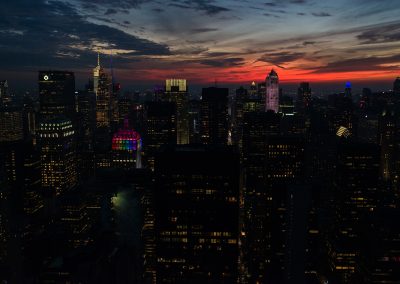 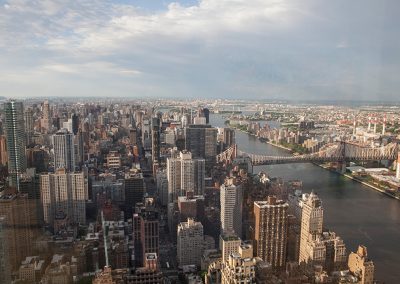 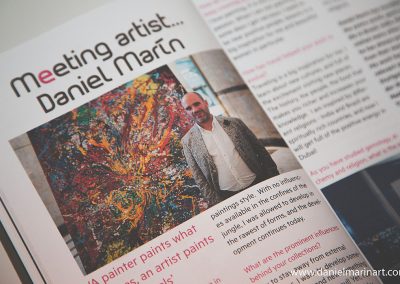 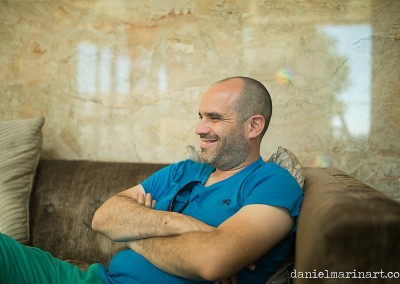 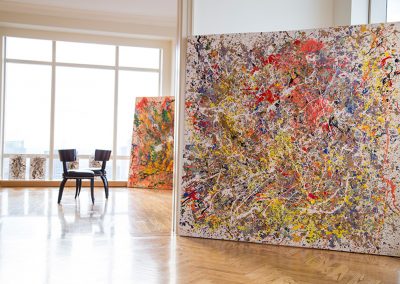 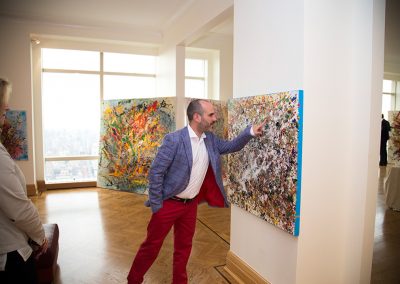 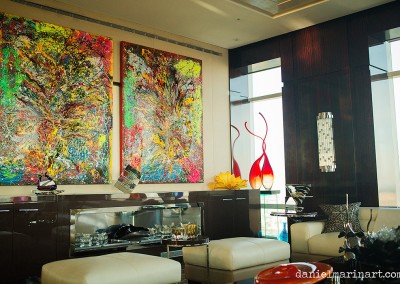 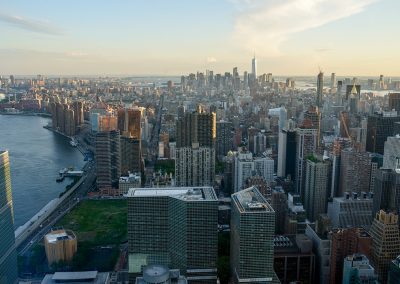 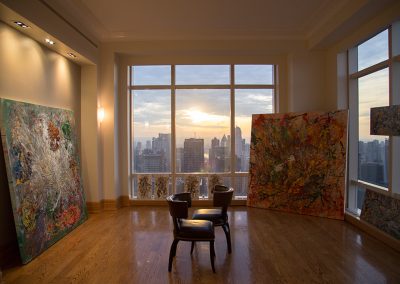 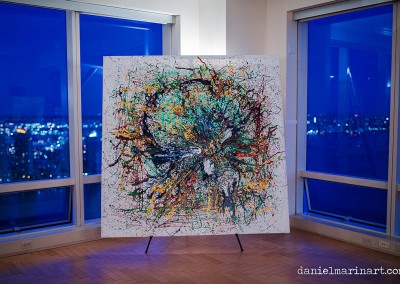 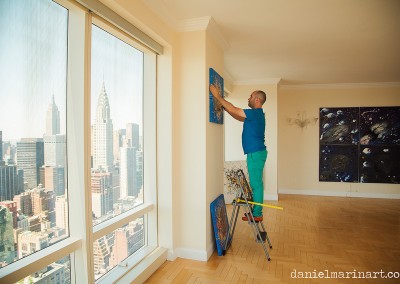 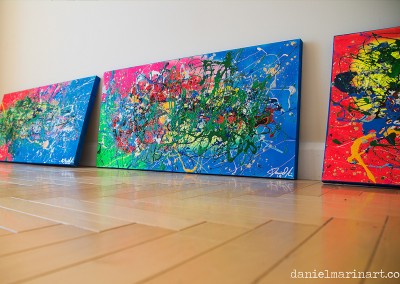 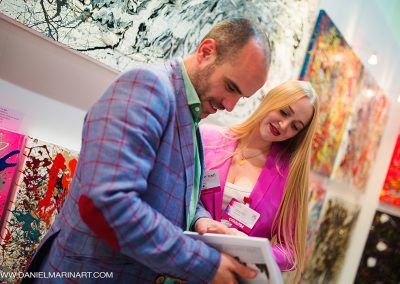 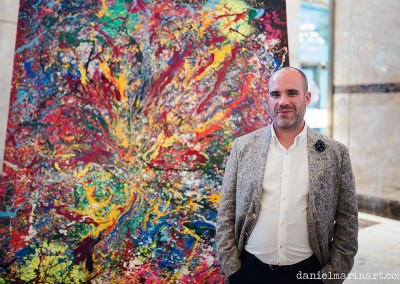 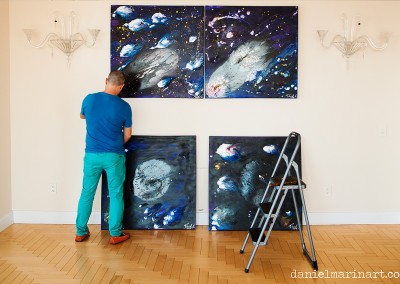 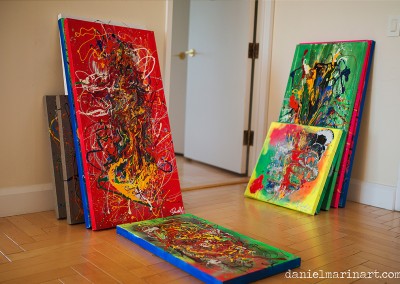 Daniel Marin, the force of life captured on canvas.

Daniel Marin is a Spanish-German artist, who was born in Wolfenbüttel, Lower Saxony, Germany, but his parents were Spaniards and he has spent half of his life in Spain. He started painting at the age of 16 in his native Germany with a figurative style following his own instincts as an autodidactic painter. In Spain he studied a degree of English and he continued his academic career with a degree in Gemology. He has instensively worked in Graphic design in the advertisement industry and as a Jewel designer for his own Jewelery brand. All this background has heavily influenced his true passion: painting. Daniel’s interests range from astrology, science, philosophy, religion, ancient civilizations and religions. Such a diverse array of knowledge entails a richer perspective that is graphically depicted on his works.

Daniel Marin has travelled around the entire world, spent part of his life in Brazil, India, Marocco and visited so many other countries where he has always pursued to learn from their mentality and culture. His work has been exhibited in such relevant art centers like Berlin, Stuttgart, Rome, Belgrade, Salvador de Bahía, Madrid, Barcelona, Nador, New York and many other places. Shortly he will have an exhibition in Paris, Venice and Dubai.

After exploring different styles, techniques and figurative subjects, Daniel Marin has chosen the path to express his ideas and emotions through abstract painting that allows him to freely communicate his complex inner world. Daniel Marin may resemble the aim and intentions of some of the most relevant painters in the history of art. His work has been compared with Pollock, Twombly, De Kooning, Gorki or Rothko.

Daniel Marin has developed a very personal style combining oil, acrylic, enamels, spray or even some collage techniques that have some parallels with the work of Robert Rauschenberg or Jasper Johns. Nonetheless, his intimate contact with alien cultures from around the world, his previous background and his constant desire to learn make the work of Daniel Marin unique. Many of his previous works are related to ancient gods and cultures, from Greek mythology to Hindi religion. His search for spirituality has taken him to explore different subjects of the Bible and most recently alchemy that allows him to grasp both a practical and spiritual dimension to depict higher concepts without the restrictions of a figurative approach.

His goal is to transmit positive energy and feelinsg to improve the psychology of the viewer and, to some extent, our contemporary world.

Daniel Marin is a Spanish-German artist, whose biography is full of curiosities and experiences that can clearly be seen in the way he expresses himself through his paintings. Daniel Marin was born in Wolffenbüttel, Lower Saxony, Germany out of Spanish immigrants fleeing from General Francisco Franco’s dictatorship after the Spanish Civil War. As a German born he was raised with Spanish values by his parents, what gained him a sort of double identity and the will to ever return to the country of his ancestors. In his native Germany he started painting at the age of sixteen, a very good German friend of his family had one day the fantastic idea of giving him a painting kit and a book with instructions for painting. Even if he was not aware of it at the time, that was the beginning of a long artist’s career. Daniel remembers being abducted by painting and could not avoid expressing his feelings, fears, thoughts and anxieties with his brushstrokes and mixture of colors.

A year later Daniel had to be prepared for an entire new experience, democracy was now well established in Spain and his family decided to return to his fatherland and Daniel, still an adolescent, chose to accompany them in this new and exciting adventure. Their destination was the province of Murcia, on the Mediterranean coast of southeastern Spain.  Adaptation to the new country was difficult: Daniel had no acquaintances, and the country was very different to everything he ever knew before.  Nonetheless, the new climate and atmosphere, the local traditions, the outdoor life and the vibrant pace of any Mediterranean city were really inspiring for Daniel’s personal development. He alternated the cultural life of the city with retirements to his house in the tiny town of Casillas where he painted surrounded by the typical lemon trees of the region. This region offered Daniel an encounter with an important cultural heritage and history: Arabic castles and baths, a Gothic cathedral, hundreds of Baroque churches and palaces and the Ancient Roman monuments of Cartagena such as the Roman arena (still in use as a bullfighting ring) or the theater built by Augustus in the 1st century AD. Classical culture helped Daniel grasp a better understanding of inspiration through the mythological figures of the muses, a leitmotiv in Daniel’s paintings, since youth and beauty have always been a bonus for artistic creativity.

Daniel studied a degree in English at the University of Murcia, but his interests in gems, fossils and minerals took him to study Gemology at the University of Barcelona.  Daniel gathered a huge collection of minerals and fossils that fulfilled many of his curiosities. Fossils connect th artist with the history and the soul the Earth, whereas minerals had for Daniel a spiritual meaning. In the artist’s own words: “Amethyst transmutes negative energy and emerald awards power”. His unsatisfied desire for new experiences and spirituality took Daniel to the jungles of Brazil to find minerals where he never abandoned the task of painting with whatever he could found, frequently using minerals in his compositions. This personal technique was nothing new, the artist acknowledges that already in the Middle Ages sapphire and ruby were used to obtain the blue and red pigments.

After a period of figurative painting, Daniel chose an abstract style as the only possible way to express his complex inner world and mystical feelings. Daniel’s search for spirituality made him explore different religions: Judaism, Christianity and Islam have inspired many of his paintings. His will to become familiar with other non monotheistic religions made him spend a period of his life in India to know directly other forms of spirituality through the Hindi religion. More recently the artist has found in alchemy an ideal source of inspiration and he is currently preparing a collection on the subject. Alchemy has a long history that goes back to Ancient Greece, was largely developed in the Islamic empire during the High Middle Ages and in the Latin West during the Late Middle Ages and Modern Period. Alchemy perfectly combines his interests for minerals, gems and spirituality, since one of the most important requisites for an alchemist to create the philosopher’s stone that guaranteed youth, revitalization and the transmutation was the purity of the spirit. To some extent we could consider alchemy a universal religion and the goal of Daniel is similar to an alchemist, since he tries to spread his secret knowledge and search for spirituality using an abstract hermetic style of painting based on the same minerals that the alchemists used to obtain the philosopher’s stone. Daniel’s paintings have been compared with some of the most prominent 20th century artists such as Gorki, Pollock, Twombly or Jasper Johns; nonetheless, Daniel’s art is genuine and unique, his paintings gather a wide array of experiences, interests and feelings as complex as Daniel’s life path may be.

Daniel has had exhibitions all over the world in capitals such as Paris or Berlin and many other cities like Madrid, Barcelona, Venice, Salvador de Bahia (Brazil), Belgrade, Stuttgart etc… Last April Daniel exhibited his work in the United States for the 1st time, 111 paintings in the Artexpo in New York City, he has a very big success selling 29 original paintings at Artexpo, and later had a solo exhibition in the penthouse of the Trump’s World Tower in Manhattan fostered by Tatyana and Warren. In 10 days he made to place 111 original paintings in New York, taking no paintings back to Spain. Tatyana Enkin is in charge of distributing his big format paintings around the country and so far they have been a great success in the American market. The AIBO gallery is in charge of distributing smaller paintings (less than 60 inches) in America. In June and July Daniel will continue to explore the American audience and exhibit his paintings at 23-24 of june at the penthouse of the Trump World Tower and 2-5 of july in the Art Hamptons fair of Bridgehampton, NY.